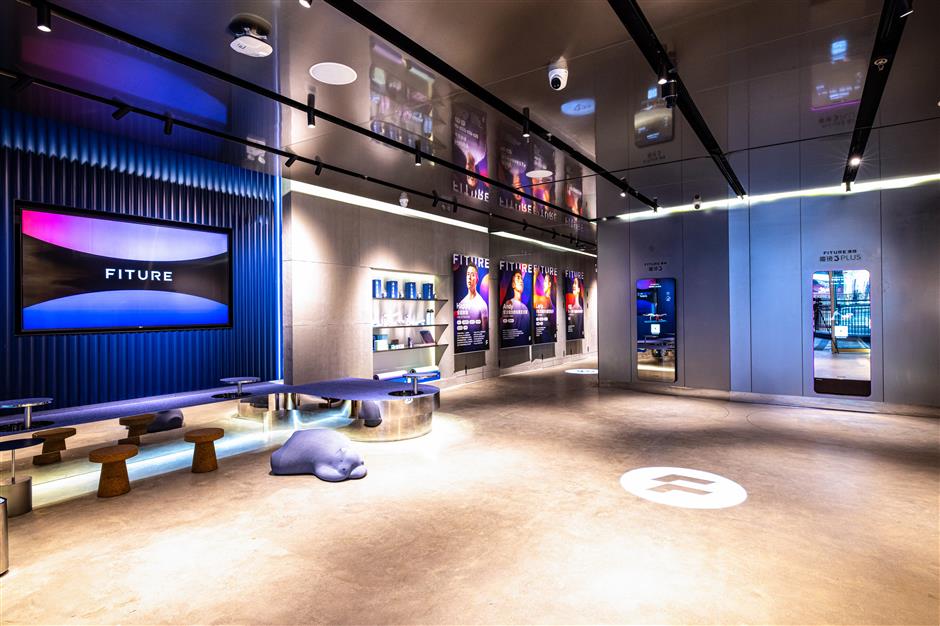 The space features the company’s interactive home fitness mirrors or Magic Mirrors, with motion capture technology that offers real-time feedback through form correction as well as pacing, timing and movement feedback. Besides hardware, Fiture will organize various relevant events for the community.

Fiture Fitness Mirror was exhibited at the recently concluded China International Import Expo, and attracted some visitors at CIIE. Users can follow the movements of the “virtual coach” in the mirror, and get a test result of their movement status.

Fiture users now cover 345 cities across the country. They did home fitting exercises for 53.8 million minutes in total, last year, 2.5 times compared to the previous year, thanks to the strong demand during the pandemic.

By 2026, the total scale of China’s virtual reality industry will exceed 350 billion yuan (US$48.6 billion). Meanwhile, virtual reality (VR) and augmented reality (AR) investment will more than double by 2021 in China, according to the Ministry of Industry and Information Technology.

Also during the weekend, a total of 107 projects worth 71.7 billion yuan were signed at the 2022 World Conference on the VR Industry, which closed in Nanchang, capital of Jiangxi Province, on Sunday.

HTC Vive, an exhibitor at the VR conference, presented its metaverse vision and products, calling VR “opening a door to the future metaverse.” Its exhibits include a Full-body Avatar tool to allow everyone to create digital avatars.

The standard size and lightweight design of Nreal glasses enables users to experience true spatial integration, physical interaction, and full-scene AR applications from any location. Some glasses are shown in “virtual tourism” projects.

Brands such as Fiture and Nreal are also actively expanding into overseas markets.

On the Amazon platform, Nreal is the bestselling brand in the AR glasses category in the markets of the United States and Japan.

A Fiture store made its debut Friday at a Westchester County mall, marking the company’s first U.S. store.

According to China’s national blueprint, the country has 100 AR/VR enterprises with strong innovation ability and influence in the industry, while sales of VR terminals are expected to increase to 25 million units. units in 2026, compared to less than 10 million units today.

China's real estate crisis could be over with new rescue plan. Property stocks are soaring

How to advance AI in Florida